The Origin of the Devil 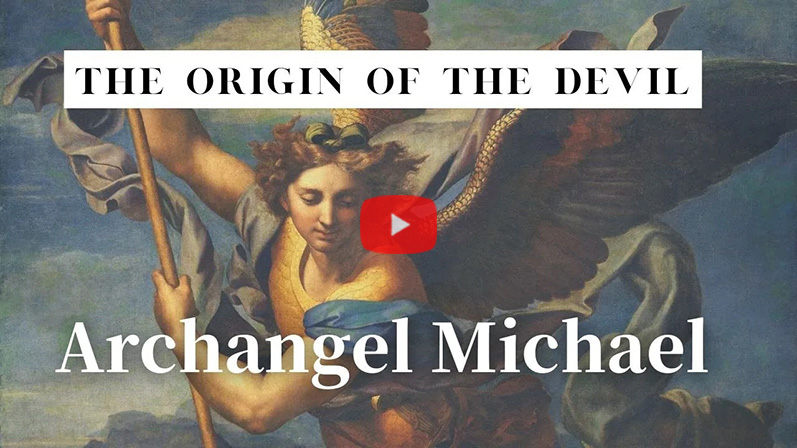 Michael is one of the seven great angels on the upper Eighth Dimension in the spiritual world. At the same time, as the top of Archangels in the entire spiritual world of earth, he takes command and leads the progress of the Earth together with the Ninth dimension great guiding spirits such as El-Ranty and others.

Around the 17th century BC, Michael transmigrated as Apollo, the son of Zeus in Greece and preached the Divine Law to the public in Greece. He was also born as "Kamimusubi no kami" in Japan, who was one of the Zokasanshin (Three Gods of Creation), 2800 years ago and took the reign of Tokuchi government. Furthermore, Michael was reborn as prophet Amos in Israel. After that, he transmigrated again as Martin Luther, a religious reformer in Germany in 1483 and made the origin of Protestant Christianity.

Having a role as commander of angels to defeat devils in heaven, Archangel Michael defeated the fallen angel Lucifel (Satan) and confined him in hell about 120 million years ago. Michael is also called the Guardian of Law.

Even though Luci has been sealed to the bottom of Hell, in this ground near Hell, he has been emitting his energy at maximum and enlarged the territory of Hell. Because he is a man like that, he organizes a system, takes in the ill thought of the people of the ground as energy, influences the Earth people who have become dirty with egos, intrude them by the principle of vibration sympathy. Even if it is called "indiscriminate possession," it comes in absolutely through vibration sympathy. Then, using such energy, he is going to confuse this ground, and destruct Earth Consciousness. Are you wondering, "When all Earth people are gone by nuclear war, the ones in Hell will be in trouble" Why does Luci want to let them make nuclear wars?

Because, his true target is to destroy Earth Consciousness. He is intending to destroy the prison, this Earth Consciousness, who has been locking up himself. You know a planet Maldec. That planet had been exploded to pieces. Maldec was involved in the Great War of Orion at that time. They are in the side of Satan (Luci). So, they received such a big reaction. Otherwise, it shouldn't be put such a big load as the whole planet being exploded to pieces. They had made such big evil load.

Enter the mind of people of that planet, and let them make nuclear wars as many times as can kill Earth. By it, weaken Earth Consciousness and destroy the magnetic field of Earth. By destroying it materially, he intends to explode this spiritual region that bounds him. For this reason, he intends to let the Earth people make nuclear wars, and to destroy Earth. That is the basis of his target.