To the Children from Mother of Earth 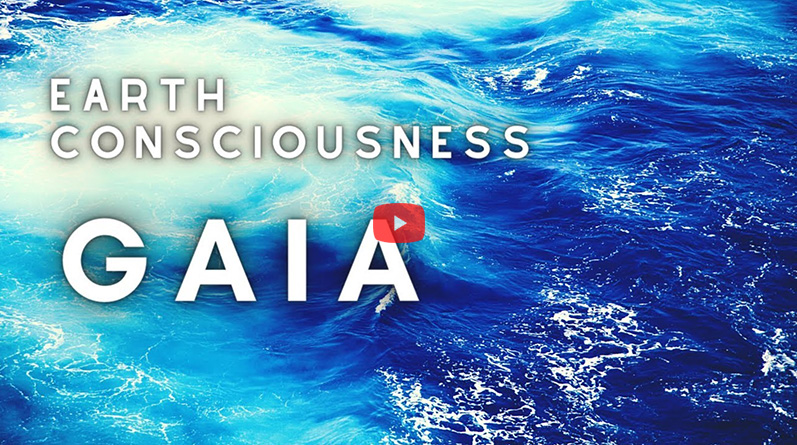 Gaia is Ying consciousness (Female consciousness) dwelling in the Earth. With her partner spirit Terra, she created the Earth and has been nurturing all the lives on earth. As the roles of the feminine part, Gaia blows the life into the visions Terra created through the water such as rains, seas and rivers, and then gives birth to the new lives on earth. The energy of Gaia resides in the water of every single cell in our bodies. For this reason, Gaia warned in her spiritual messages that human beings should not contaminate water, the source of life.

Now, there have still been many problems on earth such as racial or religious conflicts, economic disparities and environmental pollution. It is because human beings don't know the Divine Law and also because of the fact that each person insists on their personal egoism among the people who have various personalities. In response to this situation, Gaia said in her spiritual messages, "We made the Earth planet to accept all things and to learn the depth of love and unlimited forgiveness of God". And as a mother of Earth, Gaia also made an appeal to all humans to "love each other". Even those who are disliked as devils such as Luci (Lucifer), Gaia calls them her own children and wraps them with her overwhelming maternity. She is truly the love of Earth itself.

Earth is going to face a big turning point from now on.
But, primarily, it is a way to get back to the side of God.

If you really say "Destroy Earth environment for the purpose of love," but apart from that, both Terra and I will take it meekly.

In order for you to learn and grow up, this environment was built. For that purpose I have been working with Terra. So, we would like you to do as you want so that you can learn by it.

But, if Earth could go to the next step as a star of God as a place of practice through this shift up, then in the next new possibility, how much chance would it be given to the Earth people to learn as children of God?

Now if half of you, no it would be less, if several ten percents of many lives living in Earth are awakened, more people can be awakened in a domino-like fashion, in one magnetic field of love of Earth. You can awaken the ones who live in Earth.

In such a magnetic field, we can make an inherent practice of the new Earth as a star of God.
Ah, how long I have been looking forward to this moment?

Yes, there is no person who put poison in the sea, and everybody makes it his or her own mission to express him or herself as a child of God, who respects each other, loves each other, and makes each other alive. Such a planet is realized. We do not insist, but Terra and also I have been holding out up to the present for a long, long time, having a vision to become such a planet.

My dear children, mother does not have any idea to force upon you such as "You must go to that direction." I think by all means it is good for you to choose by your freewill. However, to injure your companion more means to injure yourself. You all are the consciousness of love itself, which is connected to each other as children of God.

So if you injure the ones who are part of opponent country, it means you injure yourself. And further it is equivalent you injure Terra being Earth Consciousness, and me Gaia.

I am loving you all, so it is unbearable for me to see it more than this.

You are dear and dear children of ours sharing the blood of Terra and me.
For a long time, we have been watching, loving and nurturing you all.
Why not confirm that we are always loving you, embracing the life flowing in the red blood flowing through your body?

"God cannot be understood because it is in the entire universe that is invisible." If you say so, please embrace your own body. There filled full of love of Terra and me as the father and mother of Earth, and it flows in your body. In it, God's love is being filled.

If it is so, you have to get back to the energy of God once more.

There hasn't necessarily been the need to be an excellent student.
There hasn't necessarily been the need to evolve earlier in the competition with other planets.
"Simply and simply, it accepts the injured ones, all things,
and it enables to learn the depth of love and unlimited forgiveness of God.
We will make such a planet."
So I and Terra have been discussing,
and Terra said "I will," and we created this planet.

Understanding the meaning of this planet, there are ones who came to live in this planet.
In various personalities which are colliding, there are various senses of values, and free will is admitted by the God of the entire universe. So by the specific situations, such conflicts might occur. But, even though, love is to forgive each other, to accept each other, to make alive each other, and to embrace each other unlimitedly. That is the way God wishes us to be, so Terra and I understand love, and express love in such a way. We thought so at the planetary level.

That is Earth.
That is love of Earth.
I am taking charge of your lives there,
and you are our children and family of Earth practicing there now.
I would like you please to understand this point.
Among you, many of them might go to other planets to transmigrate someday.

But still, you have experienced many things that were unfavorable, even though, in that variety everybody is making alive each other and conflicting with the various personalities, there have been many things to learn. That is Earth. If such memories that might remain in yourself, I would be delighted.

And, even such a person he is whom every planet of Universe disliked, one who wishes to accept and love him, think as if he were the own child, and will share the life with those ones to the end, was such a planetary consciousness Earth.

Gaia would be happy if you could keep the matter in the memory of your spirit.
Do not perish.
Make alive each other.
And be wise.
Think about what has to be done in particular in this moment.

The Law of God is being disclosed, Wisdom is being disclosed, and a person like this is being here and it enters in the age we can communicate. And in that age, you will find out in the future, how much and deep you can learn the love by forgiving each other.