A New Challenge of Love 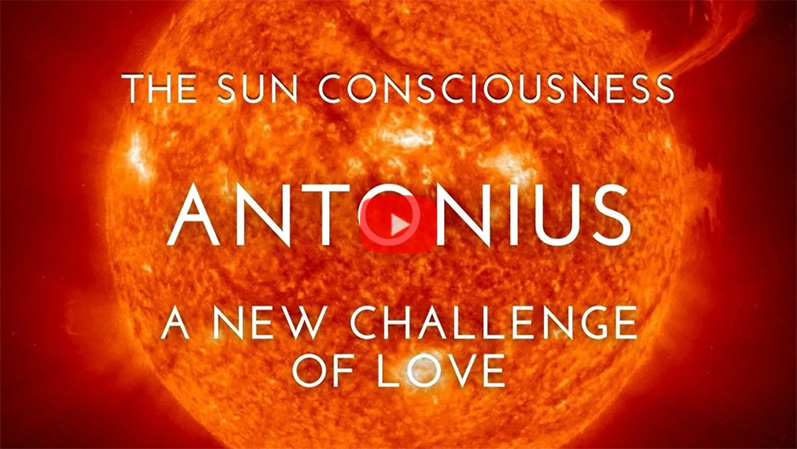 Saint Antonius is Yang consciousness (Male consciousness) and dwells in the Sun in the solar system, which human beings live in. As easily identified by the earth people, Saint Antonius appeared with his gold hair, putting on several wings of golden and platinum white, and wore a gold and platinum white bicolor long robe when his spiritual messages have descended. He is a man of extremely beautiful. Saint Antonius controls "the Law of Sun" (the Principle of Yang) that revealed common principles in the entire solar system.

With his partner spirit Selenity, Saint Antonius created a family so-called the solar system. He gives off not only the heat and energy from himself, but he supplies the energy of love, that flows from the Divine God Aum through the Galaxy consciousness, to each planet in his family. Thus, Saint Antonius has been growing and nurturing all the existences as the "Father" in the solar system. At the same time, he takes in everything even though it differs from his own nature, converts their power by love and produces an explosive energy and maintains the huge burning Sun. Saint Antonius accepts even those who are called "Evils", makes them steppingstone for the next step and keeps up the "unlimited challenge" without fear of confusion. His challenge is a model for us who have been learning on Earth.

When something like trash or debris that remain in the mind become able to be converted truly to the energy of God, an explosive energy will be fallen and given to children of God. On that occasion, love never fears. Earth can emit a message all over Universe "Only in the continual challenges without fear, there would be progress."

Other planets are all scared to become like Earth. When they accept the different natures into their world freely, Hell territory might become enlarged by the situation they cannot understand mutually, and as a result, a confusion develops from the lost of control of the planet. Actually, Earth Consciousness itself is suffering and rolling around in the dark energy. They do not want to make their planet like this, so they fail to accept different natures and stay only as they are. There increase such stars to fulfill their own mission in Universe solely by the people who can share their common objectives and live in peace.

As you would not understand, there is the law of the cosmos, to leap their own power by taking in even increases in confusion and ego, furthering the dark side energy. What El-Ranty is going to do is to adopt the law into the material world of 3 dimensions, and to transform Earth to a planet continually emitting unlimited energy. To emit love unlimitedly and shine to every corner of Universe is possible for a 3 dimensional planet. El-Ranty is going to show this. This meaning is great and deep.

When I created the solar system, I hoped this matter would be undertaken by your Earth, a blue prince, and he responded, "I will take it." It is Earth. And you are the residents of that planet. I would like you to be aware of this point.

The "dark side" is part of your energy. It might be said a kind of ego, or brutality, though all the humans have been evolved using the energy. At the ultimate, without cutting off and hating the energy, you have to take the energy in yourselves, absorb it as your own energy, and make it into a chance to leap. In those struggles, there should be a way to evolve unlimitedly for the true ultimate love. After you have made the shift up, you shall emit this to all over Universe from Earth.