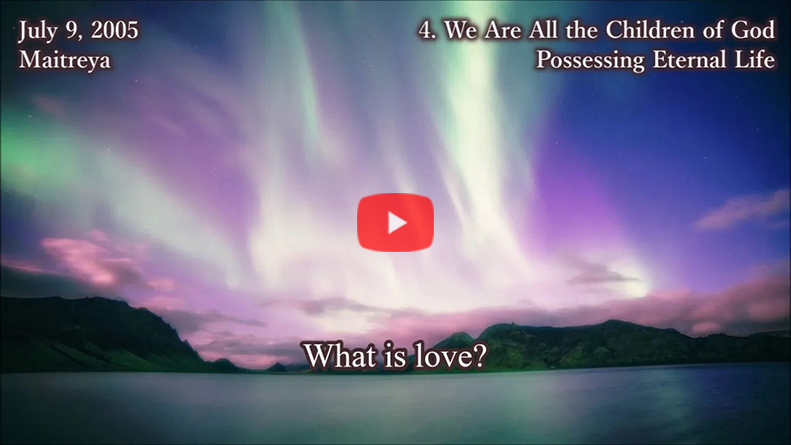 Maitreya was born as "Saint Cusanus" in Atlantis Civilization. He originated "Deism" in which he preached God is in reason. He has never been born after that in these ten thousand years.

Present Roles: To split the light into specific rays of colors.
Reincarnation: He was invited from a planet of Orion.
Reference: Orgon (Maitreya Tathagata) >> Cusanus

Now on this ground, there is good and evil in terms of dualism. Well, in that movie, "Star Wars," there has been described a fight between the dark side, and the good ones who are entrusted with the force of God, in terms of the dualism in Christian society.

Then, why does it push out the one side of the dualism? It is because the earth is still a being in that stage of undeveloped, in some sense, being a star of the elementary school level, so the dualism is being pushed through.

Looking over the grand universe, there has no longer any more dualism. As the ones of Japanese Shinto say, it is going to be only-the-light, light monism. Darkness, the dark side, in such an undeveloped star lived by the humans of those who still have not been aware of the divinity as the children of God, appears as the shadow part caused from the abuse of freewill as the creativity given by God. So, the dark side only appears as the shadow part of those, and it would be only the mere small spot of tiny and tiny shadow part, compared with the grand law of love or energy of love shining throughout the grand universe.

In the stream of the grand universe, the magnificent melody of overwhelming light and love flowing, viewing from the overwhelming amount of love filled with the energy of love, such energy emitted from the ones being called the evil of good and evil would be only a little thing smaller than a single spot, which is such a figure in the grand universe.

Though, this situation is not only in the earth, but it is a fact that in other stars there are places which have those persons, if it is still being undeveloped. It exists as a stage of development. It is the abuse of a freewill. God created the children of God resembling a figure of his own. If God had the energy to create the universe by himself, we would not have been given the power of creation by the freewill. To use it in a splendid direction, and also to go to the dark side like this and make energy of evil thought  these things have been given to us as part of the process of practice now.

So, in the lowness of the level of the earth, now, this kind of part like a shadow is being made by the freewill of humans so that which has been created by God is not the hell. I would like you to understand those kinds of matters.

Consequently, when this earth itself is being purified, and when it develops from the elementary school level to the junior high school level, to kill to each other does not makes use of the selves as consequence, to wish the happiness of others originally leads to ones own happiness eventually. If you truly understand those things, the part of dark side, hell, is going to disappear. Naturally, it is erased and vanishes.

This is moment we have been waiting for in the flow of eternal time from time immemorial.